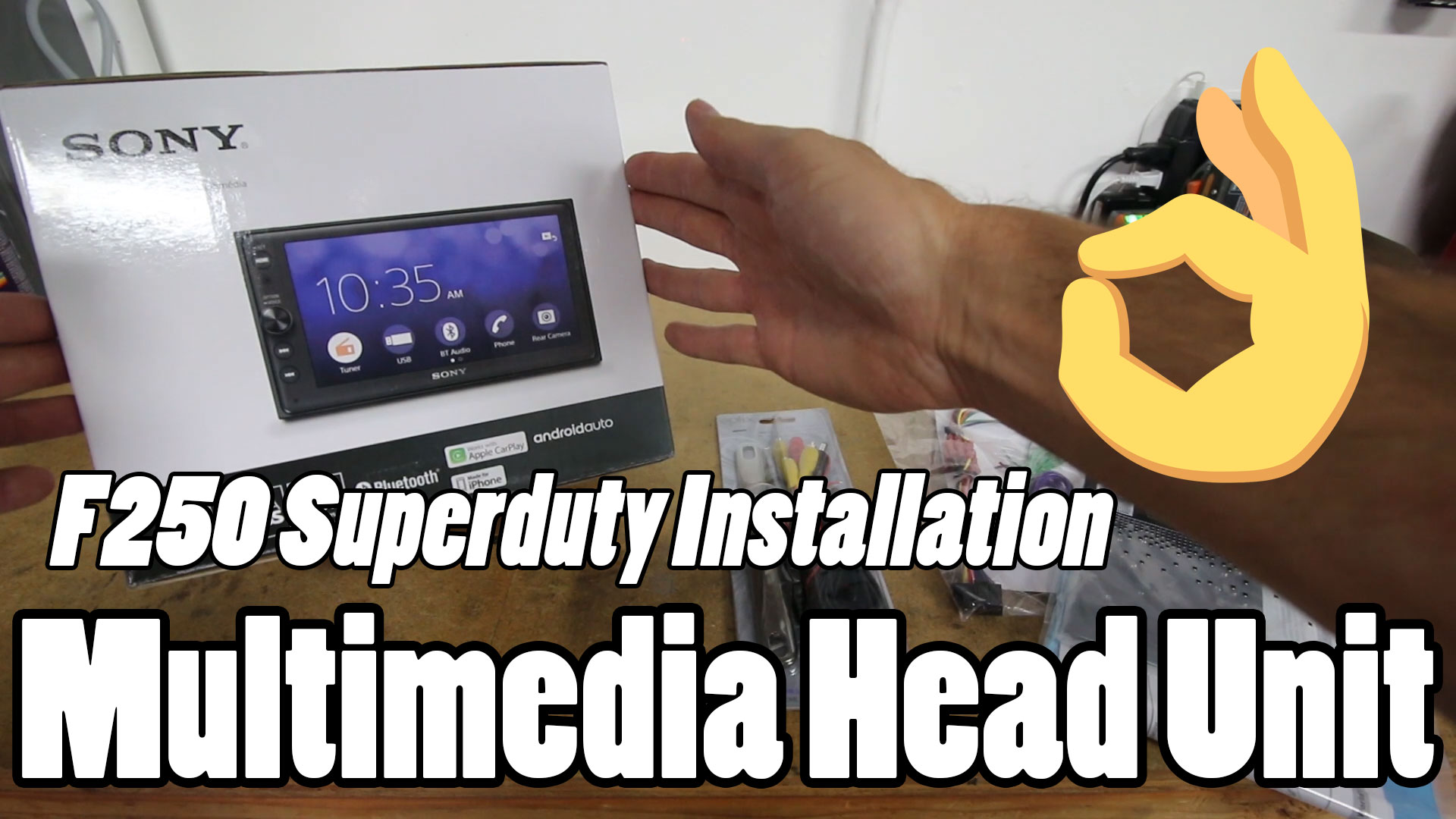 The stock stereo system that is included with older Ford Superduty pickup trucks is nothing to write home about. They lack pretty much every modern convenience that can be found in newer stereo systems. Because of this, I wanted to upgrade to something had features similar to most modern cars on the road. I chose to go with a Sony XAV-AX100 multimedia head-unit that has a number of great features. Including, Bluetooth for phone and audio, Android Auto and Apple Carplay support, touchscreen support, and a number of other nice amenities. Also, the Sony XAV-AX100 is one of the best multimedia head units on the market for the price, as far as I am concerned. Check out the installation process which is pretty straightforward and simple!