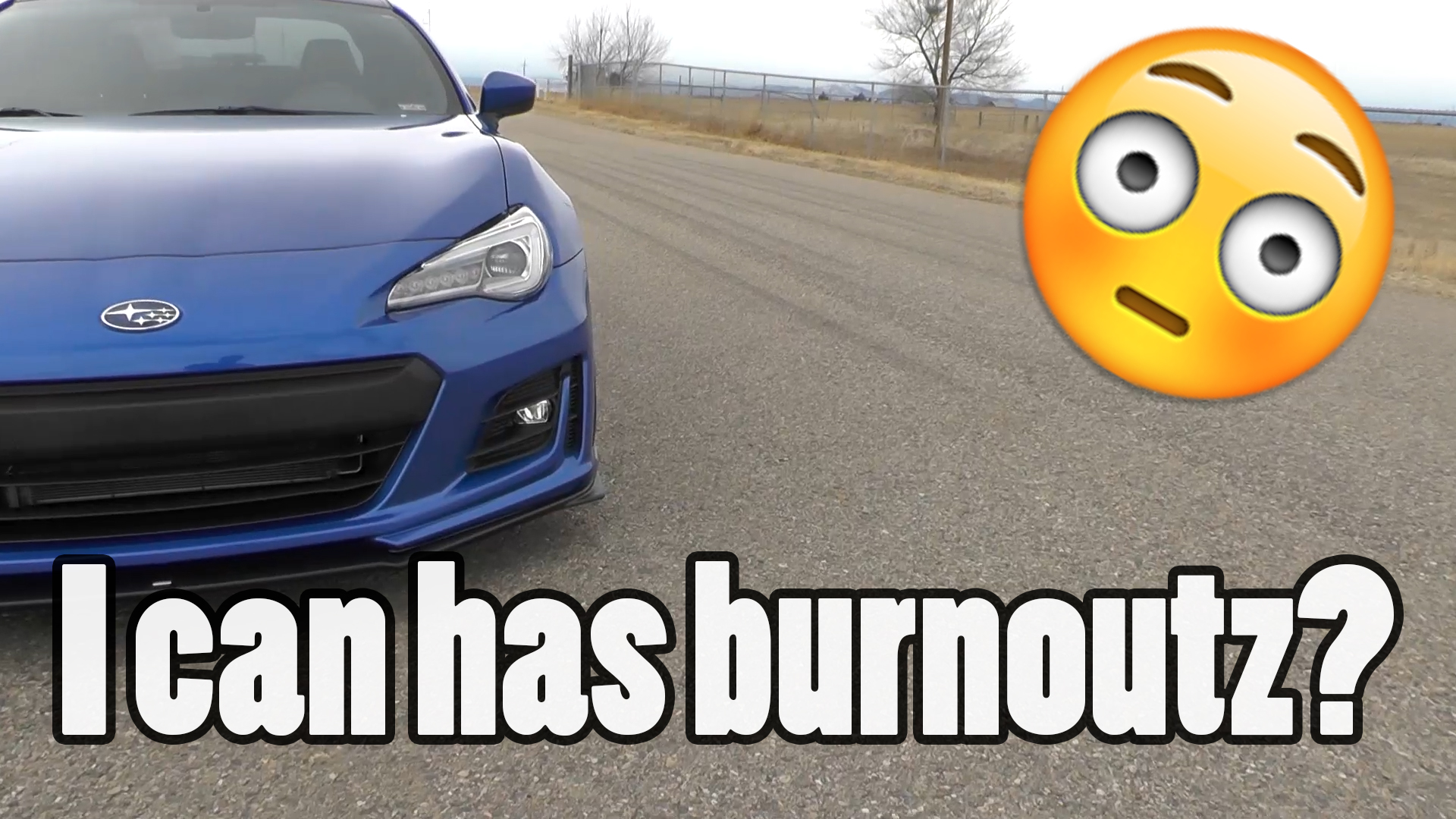 Is a BRZ burnout a myth, or not?

From the moment the BRZ & FRS was released, car enthusiasts scolded Subaru & Scion for releasing it with such low power figures. The 200hp and 150lb.ft of torque was just too little for a sports car. It was too slow and the power delivery is not linear. The manufacturers took note, sort of, and released the 2017 cars with 5 more horsepower and torque. Did it make a difference? In the big picture, probably not. However, that did not stop me from attempting a BRZ burnout to see if this new generation car could lay some smoke. After a number of burnout attempts, the verdict was in.